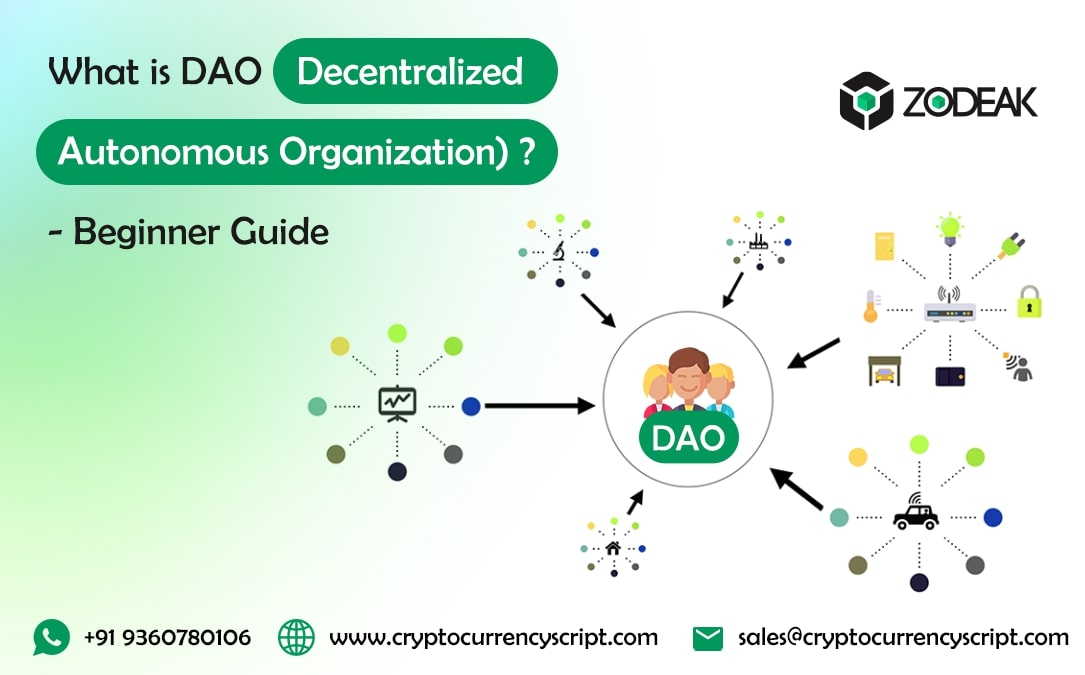 In Today’s Decentralized world, A new form of organization is trembling the worlds of business, investment, and the creative industries. These Decentralized Autonomous Organizations DAO have no company or enterprise HQ, replace traditional hierarchies with flat management structures, are governed by crypto holders, and are created on rules that are automatically executed on a blockchain.

This Financial transactions and rules are encoded on a blockchain. that is effectively terminating the necessity for a central governing authority. Hence,  the descriptors are called “Decentralized” and “Autonomous”.

What is Decentralized Autonomous Organization DAO?

A DAO (Decentralized Autonomous Organization) is an organization where control is spread out across the stakeholders, rather than being created on a top-down hierarchy. A DAO can be seen as operating as a device, with the assignment. It is instructed to carry out determined by pre-encoding smart contracts.

A Decentralized Autonomous Organization (DAO) is a way of managing people and their interests on the internet using the network of Blockchain. Blockchain is a public ledger system that occurs only on the online network. It utilizes a complicated cryptography system to assure that everything is written to it (blocks) is demonstrable.

How do DAO works?

DAOs are planned to imitate a company structure where rules and restrictions. It is built using open-source code and executed via the use of smart contracts.

This Community can embrace a DAO and program it based on its own goals:

-> This code was encoded in the form of Smart contracts

-> This provides some sort of Governance Mechanism

-> Members generally use Governance tokens to vote on Decisions made by the Decentralized Autonomous Organization DAO, such as the allotment of funds.

-> In the case of many DAOs, the result of a member’s vote can improve based on the amount they have contributed to the project.

-> According to the degree of participation and the preference of voting, the output will declare.

Lots of crypto community’s knowledge of DAOs before the end of 2019. That is probably ended with hacking DAOs and decentralized collateral financing platforms. Although, the eruption of decentralized finance (DeFi) protocols has led to an increase in the popularity of DAOs in 2020.

What are the Benefits included in Decentralized Autonomous Organization DAO?

There are various benefits included in the Decentralized Autonomous Organization, they are,

-> DAO is created so that they do not need the participants to “Trust” each other. (completely strangers).

-> That’s because participants either can do or don’t fulfill the obligations that are specified in the smart contract.

-> The contract terms–along with all actions by participants are written into the code on the blockchain, where the information is public and perpetual.

-> DAO is not under the control of centralized human control.

There’s no CEO who can permit spending based on their own urges,”

-> In theory, the deciding authority power in a DAO is disseminated to contain all participants and automated to reduce the demand for day-to-day management.

Some Examples of Decentralized Autonomous Organization

You might form a DAO to increase money for a charity or to form an investment enterprise. Where all the members provide funds in exchange for equity in some company or project. The pay-in and pay-out might run, according to a plan encoded into the smart contract.

One of the popular and familiarized Cryptocurrencies – Bitcoin. It can be regarded as a DAO where people enter into agreements to buy and sell Cryptocurrency according to the terms and conditions. Every Information is tracked on the Bitcoin Blockchain.

In November, A Group of Crypto Enthusiast created Decentralized Autonomous Organization is entitled ConstitutionDAO. This DAO helps to raise money to purchase one of the 13 first printings of the United States Constitution. That Crypto Enthusiast group failed to win one of the Constitutions, which were bidding by Sotheby’s. But, they did succeed in quickly raising around $47M for the cause.

LinksDAO is the another DAO. It helps to raise funds to buy and develop its own crowdfunded golf course. In the form of Non-Fungible Tokens (NFTs), the group sold club memberships and raised more than around $11M doing it and is now sold out. The proprietors of the NFTs get a stake in the club and the right to partake in decisions about how to create the golf club.

DAOs come in all shapes and sizes

These are considered to be DAOs, if they are driven by decentralized governance where token holders can vote on the path of the project. Eg: MakerDAO.

A DAO can be utilized to award development funds automatically based on set standards. Eg: MolochDAO.

Many times MolochDAO has been forked to make for-profit DAOs. That can disperse, transfer shares and other assets between members. such as MetaCartel Ventures.

How To Make Money With Decentralized Autonomous Organization?

DAO makes money through the profits from the investments made by the organization. People who create a DAO can also earn money by convincing others to make investments in them separately based on their business visions.

The rise of NFTs and cryptocurrencies has driven them to come back to DAOs. Which had a huge fall in the year 2016.

“The Ultimate Combination of Progressivism & Capitalism”.

By making collective conclusions, If the community “excels at governance”, Entrepreneurs can earn a lot of money with DAOs.

The Future of DAO’s

DAOs have seen a big revitalization of interest in the last few years. With an ample amount of developers working on technical inventions, improvements to governance mechanisms, and voting solutions.

Decentralized Autonomous Organizations have been quite active in the innovative industries, with DAOs forming to create “headless” fashion brands, fragrances, and filmmaking communities.

In many cases, these creative DAOs have an aspect of centralization.

For instance, while filmmaking DAO Decentralized Pictures permits token holders to vote for a short-list of film projects to win funding. And the final determination on which project acquires the award is made by a board of judges.

“In five years, All the Companies will never have equity anymore.”

Rather, they will have tokens and they will be described as DAOs – Decentralized Autonomous Organizations.

Zodeak – the enthralling Blockchain Development Company has professional experts who can assist you in creating your own DAOs and make lucrative profits with the execution of cryptocurrency. 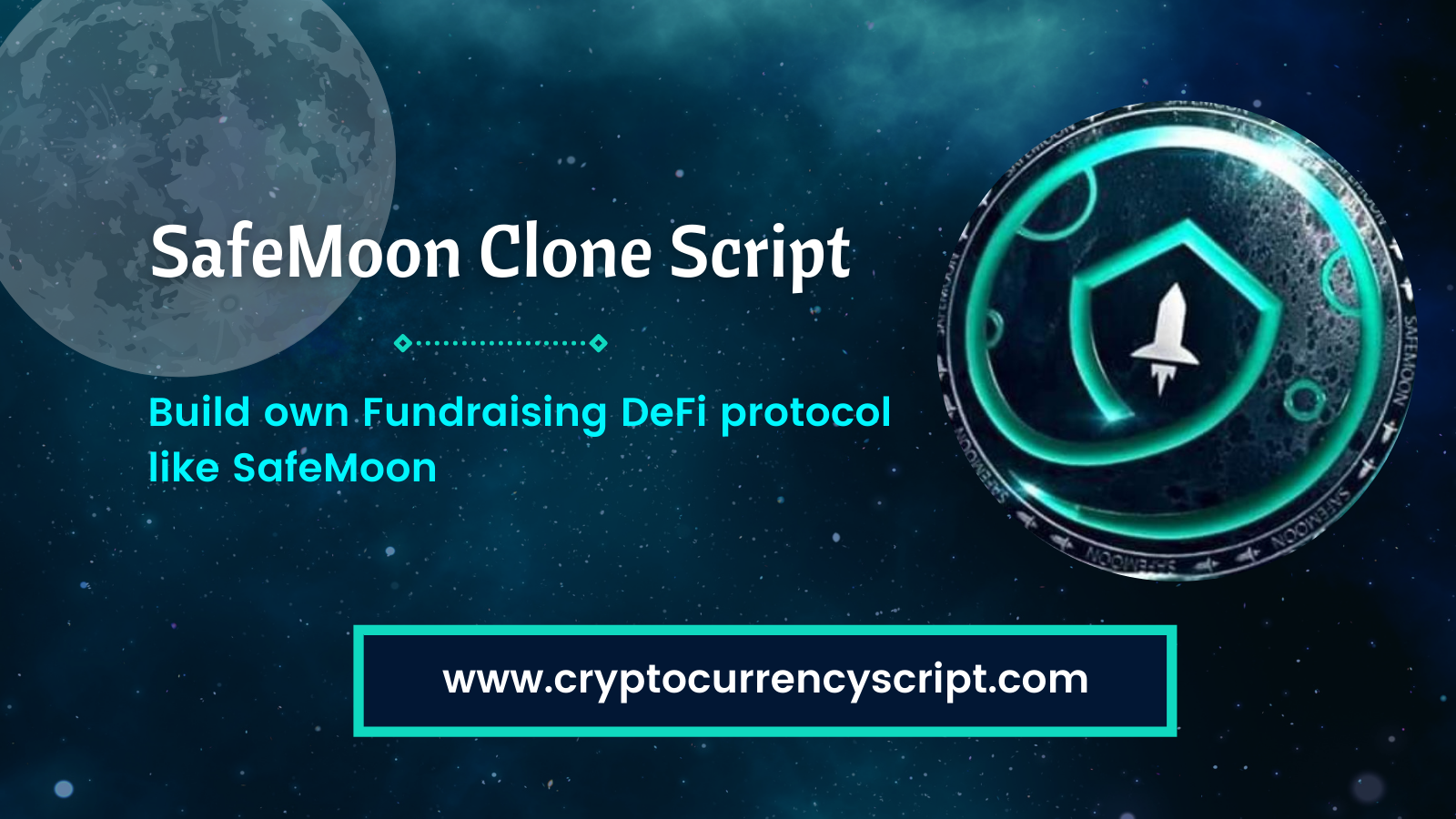 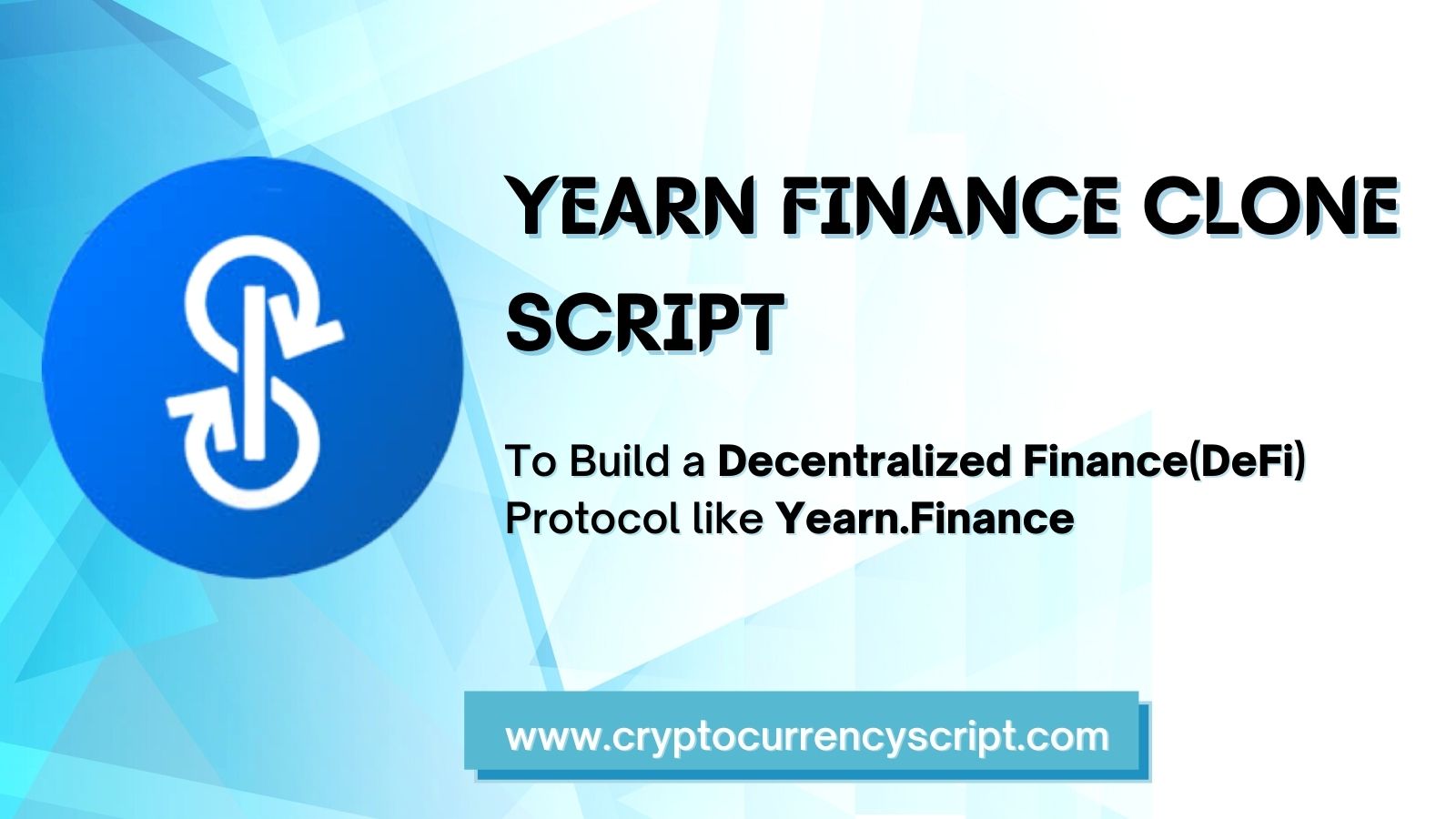 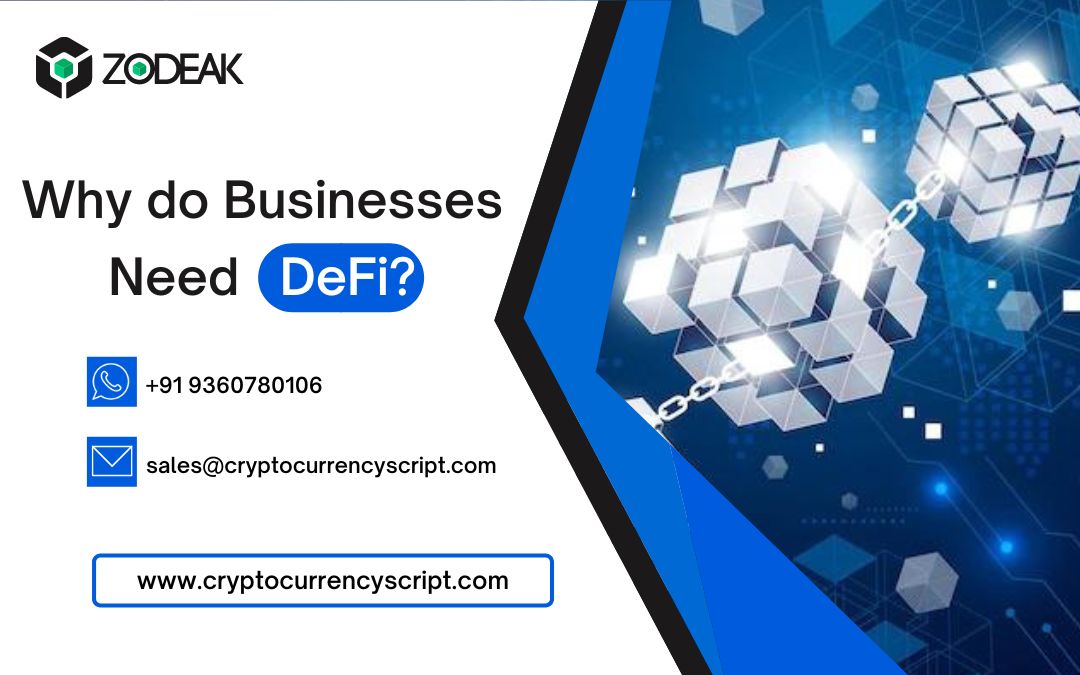 Why do Businesses Need DeFi? 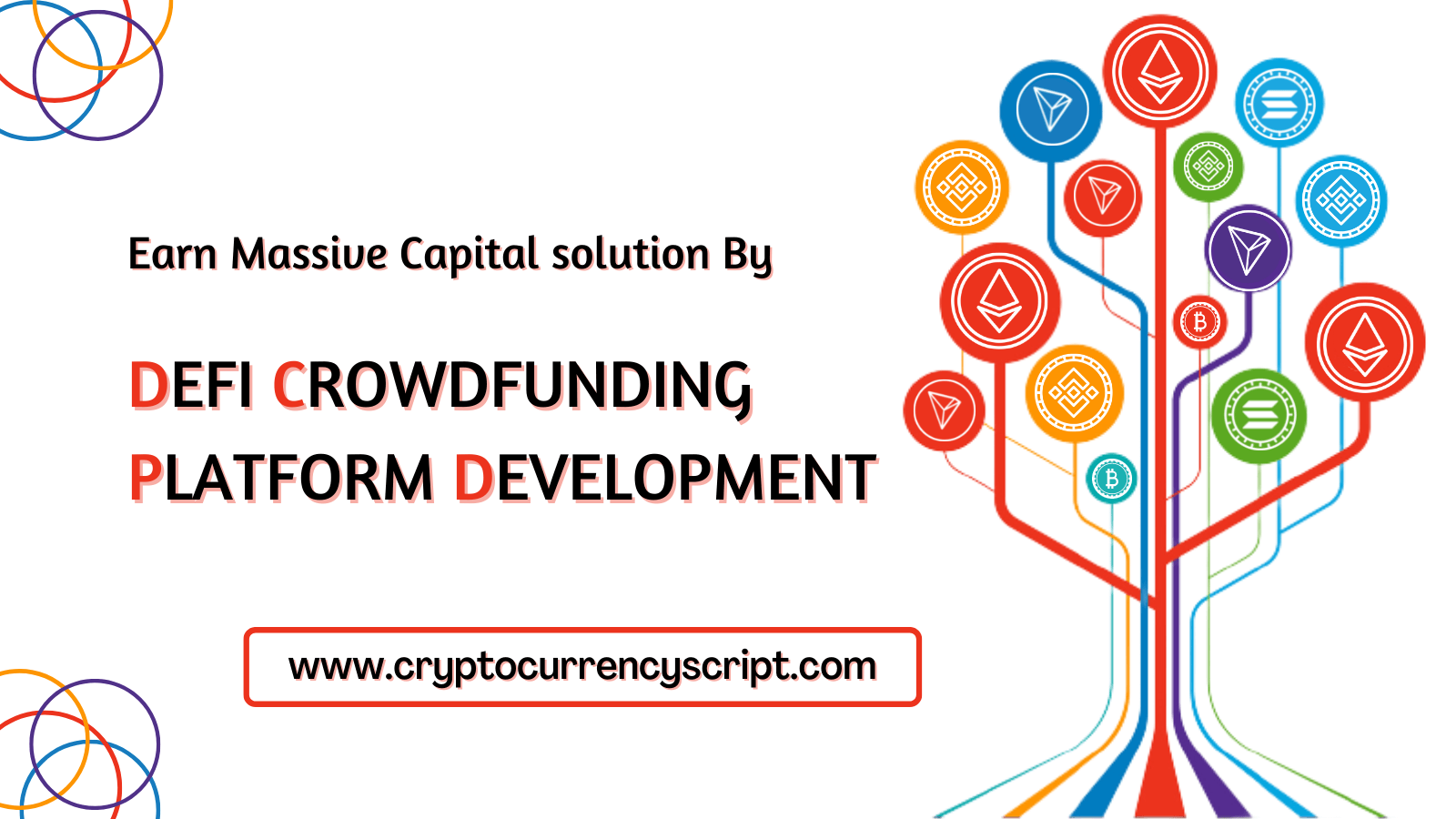