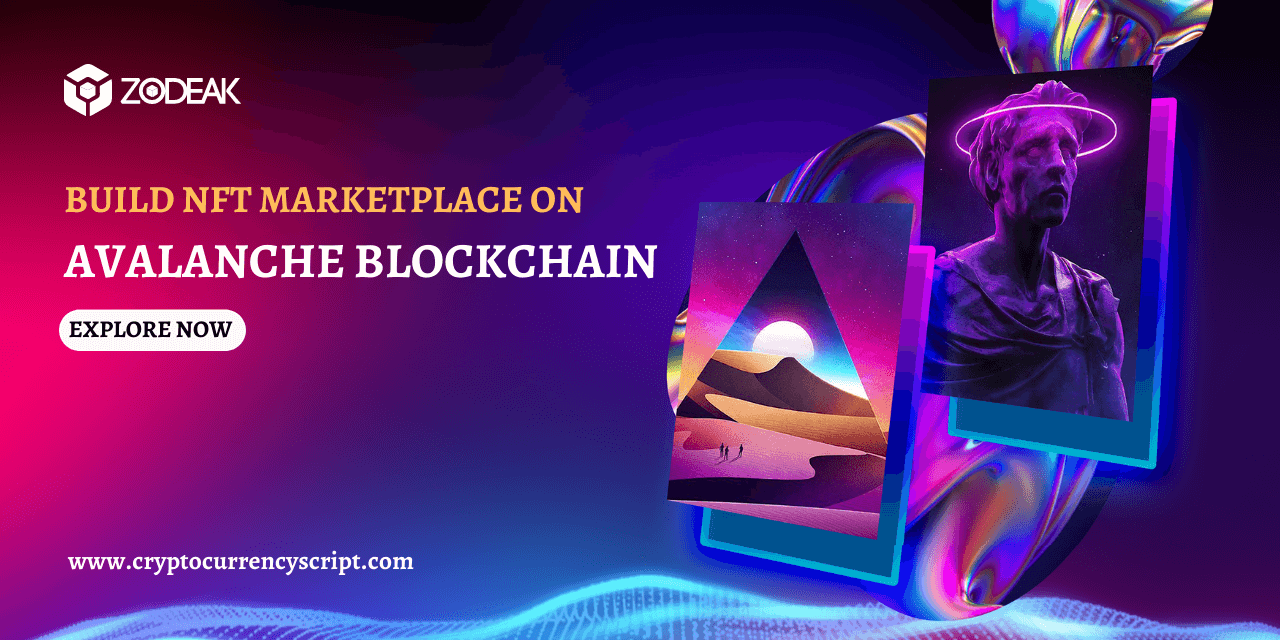 If you are looking for an industry that yields massive revenue to start a new business, then the NFT marketplace would be the perfect match for your notion.

Yes, NFT markets are seizing a big capital now and it could be ever!

Whereas, developing an NFT marketplace involves a lot. Originally, you should choose a niche platform. There are many blockchain platforms here to construct the NFT marketplace on Ethereum, TRON, Solana, Avalanche, and many more.

Among all, Ethereum is the one that hits everyone’s mind whenever you think about blockchain. But, now this fact is getting overwhelmed by the blockchain platform called Avalanche, which has broken out the key complexities found in the other blockchain platforms.

Yes, this is an article to comprehend all about using Avalanche NFT marketplace development.

Let’s dive in to know more.

Avalanche is a blockchain platform that competes with Ethereum, which emerged in the year 2020. It is a decentralized-open source blockchain that operates on the stake of mechanism process, which uses the smart contract functionality.

AVAX is the own native token of Avalanche. AVAX is used to pay transaction processing fees across the network. It ensures the security of Avalanche blockchain. This entire transaction fee and the coin creation of AVAX are clearly determined using the governance model.

The significant thing for the emergence of Avalanche blockchain is fast, secure, versatile, scalable, and affordable. With these numerous traits, it has processed over 4500 transactions per second.

Due to this higher-end compatibility, it has overcome numerous issues that are faced in the Ethereum blockchain like huge traffic, real-time scaling issues, increased transaction cost, and more. In, which makes a financial trading app to be more adequate to use. Hence, now Avalanche is leveling up to a better blockchain platform for NFT marketplace development.

Controlled And Fast Coin Creation Rate: AVAX holders can get more benefits by possessing a higher number of coins. They can also earn more rewards by providing liquidity to the network. AVAX holders will control the creation of new coins by voting for the adjusted amount. Avax has capped its maximum token of about 720 million.

Consensus Mechanism: Avalanche possesses the consensus protocol to furnish a highly scalable, robust, and decentralized platform to the users. Every transaction in the Avalanche blockchain is confirmed through unique methods that need small, random subsets of network participants to ensure the transactions before executing them.

Let’s continue reading to know about the mechanism of Avalanche.

The Avalanche core process is composed of three blockchains when compared to others. The specialty of this blockchain is distincted by these three concept ecosystems instead of one chain doing the all. They are,

The curious process of X- blockchain is to create and transact the assets of Avalanche. These transactions on X-chain generate a fee and pay it on the AVAX, this process is similar to the gas fees on Ethereum that has to be paid in ETH.

AVAX is the major cryptocurrency functioning on the platform, though the decentralized exchange tokens like JOE and PNG are also settled in AVAX.

Providing smart contracts is one of the key features of Avalanche. The C-chain is performing the smart contract on Avalanche that is compatible with the EVM (Ethereum Virtual Machine).

This matter equips Avalanche platform to build the dAPPs that leverage all the security and scalability benefits of the app. Due to the compatibility of EVM, anyone can easily deploy the Ethereum contracts on Avalanche.

This P chain assists to create L1 or L2 or both blockchains. In terms of these blockchains are referred to as subnets of P-chain. These subnets are managed by P-chain and subnets are also validating the p-chain. The immense function of the P chain is to coordinate the validators.

These Avalanche blockchains are coherently distributing the tasks to the different chains as mentioned above, which maintains the platform to function under the agile methodology. Thus, gives the Avalanche platform golden traits-decentralized, secured, and scalability.

Let’s know the core benefits of developing the NFT marketplace on the Avalanche blockchain.

The Avalanche platform has many inspiring features. Deciding to develop an NFT marketplace on Avalanche holds on numerous benefits that have produced the art-of-feature-rich marketplace.

The Avalanche platform allows the trading of various cryptocurrencies and data with other platforms. Thus, it gives interoperability functionality to the platform.

The avalanche network is not only scalable in its inner functionality. Of its incredible processing capacity, it could increase the trade speed heavily. Likewise, avalanche helps to build a scalable NFT marketplace, according to the client’s requirements and needs.

One of the important keen points in Avalanche is adopting any technology that is easy to use and implementing the dynamic use cases. Avalanche network is well-versed in picking the speed at which it processes to rival Ethereum.

Similarly to that, Avalanche supports the dApp development process to ensure faster transactions. Enhancing the NFT marketplace with high speed will provide a better experience to users.

Let’s develop your NFT marketplace with Avalanche blockchain and hold the above benefits of the AVAX network.

Develop Your NFT Marketplace Over Avalanche-MVP Features To Include

Avalanche is a decentralized NFT marketplace that allows users to trade digital assets.

Developing an NFT marketplace on the Avalanche network from scratch will be a long process so you should invest more in it.

So, it will be better for you to pick the pre-developed customizable white-label solution to get a tailor-made NFT marketplace. By its customizability, you can modify the feature and workflow of the marketplace to provide a user-friendly and comfortable experience to beginner traders in NFT.

Here are some of the important features that you should integrate into your NFT marketplace.

So, it’s significant for you to look at the process and core features of your NFT marketplace which will decide your entire ROI.

NFT marketplaces are an incredible way to store digital assets presently, hence the future of NFTs is undoubtedly worthwhile. I Hope this article would share the benefits of NFT marketplace development on Avalanche platform.

But, before entering into your business development let’s analyze your in-depth plan about the market features, user interface, and plan points to carry out the entire business approach. This will ensure you build a dedicated and satisfied marketplace for the users and as a cryptopreneur you could also grab the imported business strategies. 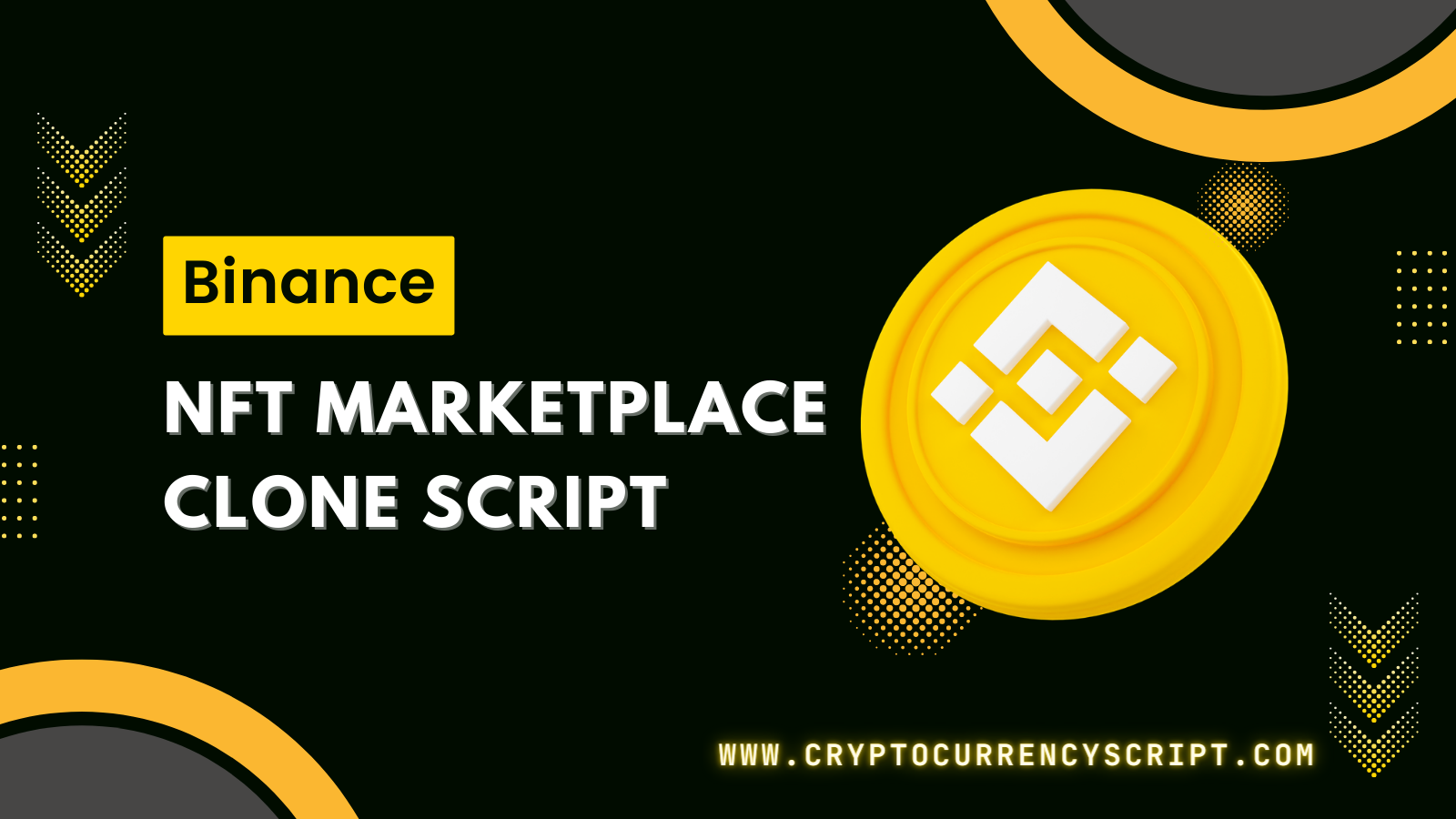 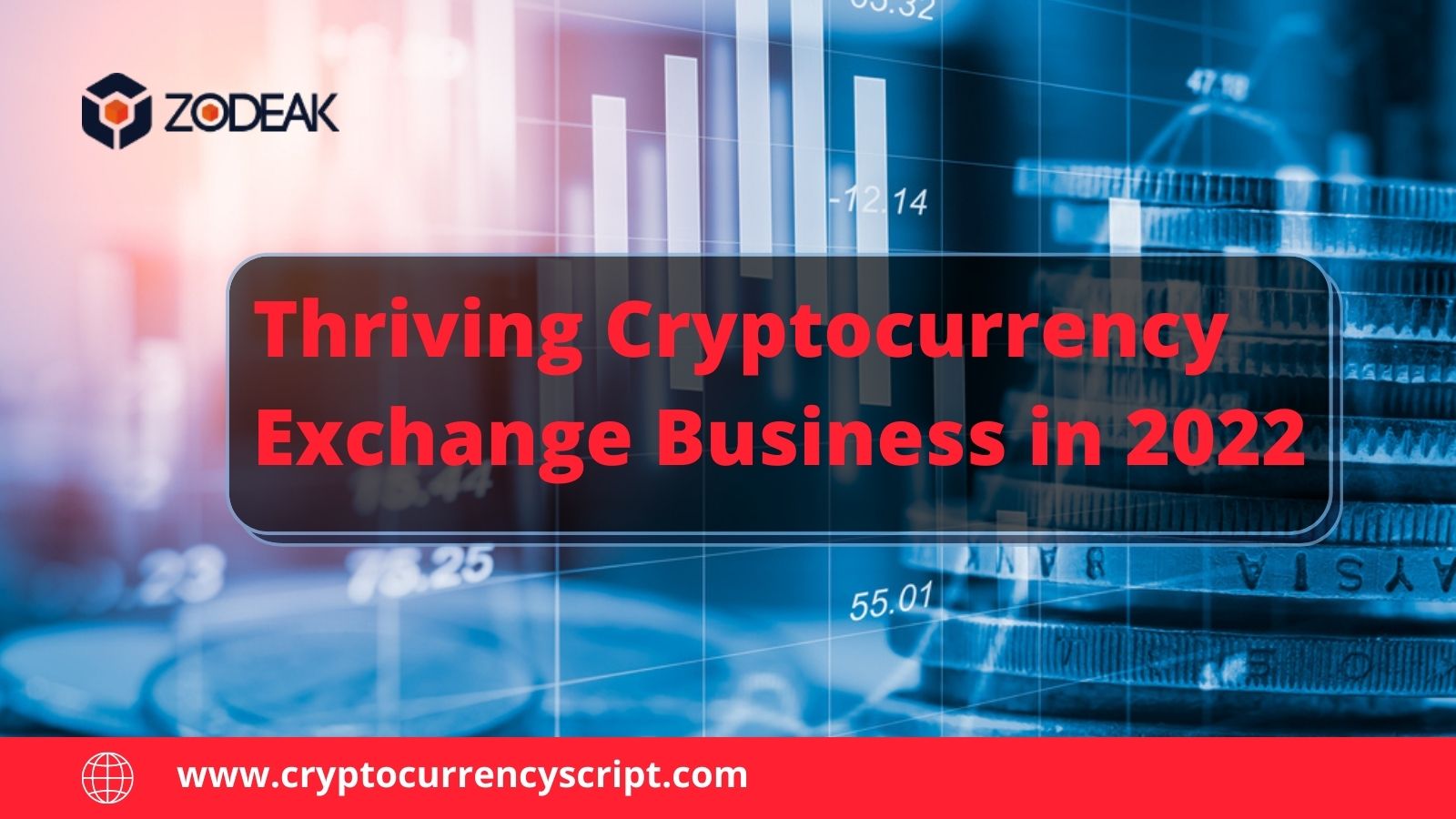 Get Ready to Step into the Billion-Dollar Business

Security is a Key Factor for the Cryptocurrency Exchange